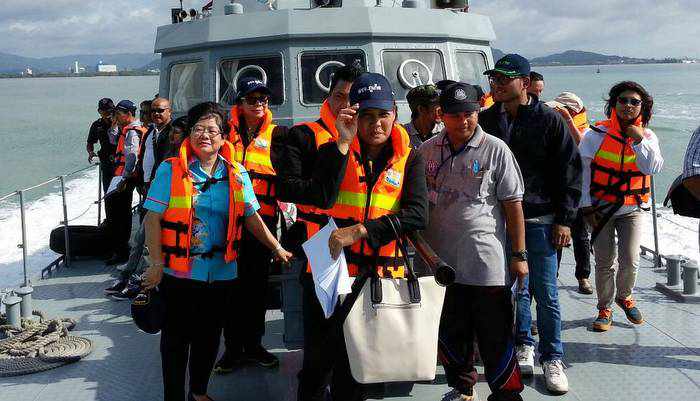 PHUKET: Officials stepped off Phuket to spot-check five fishing vessels this morning as Thailand ramps up its efforts to stifle human trafficking.

“We came out to the boats to ensure that there were no trafficking victims on fishing boats in the province. We also talked with the fishermen to establish whether or not they were being treated fairly by their employers,” said Phuket Vice Governor Sommai Prijasilpa, who led the raid along with Phuket Provincial Employment Office (PPEO) Chief Yawapa Pibulpol.

Three of the boats checked were off Tapao Noi Island and two were near Maiton Island on Phuket’s east coast.

“Our inspection revealed that some of the boats have yet to send the PPEO information about the migrant laborers working for them, but the deadline isn’t until July 21,” Vice Gov Sommai said.

“However, all of the workers said that they were satisfied with their jobs; the standards were meeting Thailand’s laws; and that the salary they were making was more than they would be able to earn in their home country.”

The issue of human trafficking in Thailand came to a head last month when the US State Department downgraded Thailand to the lowest level in its annual Trafficking in Persons (TIP) report (story here).