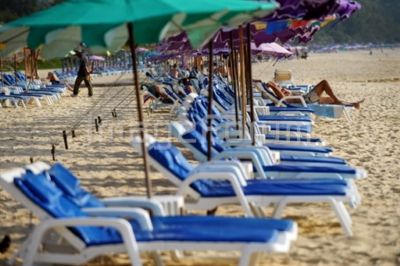 PHUKET: The toxicity for tourism of the Bangkok protests, initially characterized in some quarters of the Phuket hospitality industry as being for Bangkok only – or certainly for Bangkok mainly – has now come home to roost.

The cost to Thai tourism nationally since the red shirt protests began is now estimated at 233 million dollars (7.7 billion baht) in lost revenues from visitors.

While no regional or provincial breakdowns of the number are available, it is clear that Phuket is suffering increasing prominence on the victim list.

In March, 1.34 million foreign visitors arrived at the nation’s international airports – in Phuket, Bangkok, Hat Yai and Chiang Mai – down 4.6 per cent on March 2008, according to data compiled by the Tourism Authority of Thailand (TAT).

But in April, after tourism in Bangkok had not much left to lose, arrivals into the Kingdom dove 21 per cent compared with the 2008 figure for that month.

Revenues from tourism expenditure fell by 7.5 billion baht during March and April, compared with those months in 2008, the TAT estimated.

TAT governor Surapol Svetasreni said the downturn now forces the agency to lower its target for 15.5 million tourists this year. A new estimate will be announced after the end of the protests, he says.