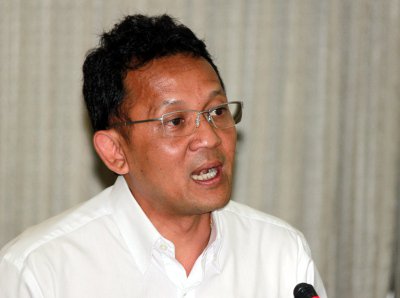 PHUKET: Phuket Vice Governor Chamroen Tipayapongtada has given local officials until June 30 to at least draw up action plans to redress key problems affecting the island.

He asked everyone to notify the police if they witnessed anyone throwing trash onto median strips.

“The trash clogs up drainage ditches, which causes the roads to flood during heavy rains,” he pointed out.

The Vice Governor asked that trees and grass along the main roads be better maintained in order to create a better impression for passers-by.

“Many advertising signs along main roads look unkempt and improperly zoned,” he stated.

Local organizations, including the Phuket Highway Department, were encouraged to check whether or not the billboard owners had been properly taxed.

“If they haven’t paid their taxes, then their signs should be removed.”

Before the removal of any signs, owners would be contacted, he said.

V/G Chamroen also voiced his concern with the impression that roadside garland vendors were making on tourists.

“Garland vendors need to be stopped from working at street intersections. They cause too many problems and negatively affect Phuket’s image,” he said.

He pointed out that one such vendor was struck by a car and killed while selling garlands.

“The police must arrest them for illegal sales,” he added.

Failure to maintain clean restrooms at the Tah Chat Chai Checkpoint was also raised at the meeting.

“The toilets need to be cleaned. Perhaps inviting a private operator to maintain the toilets in exchange for the right to collect a user fee would fix the problem,” suggested V/G Chamroen, adding that the checkpoint was the first impression tourists have of Phuket when arriving by land.

He used the substandard condition of the restrooms there as an example of why related agencies needed to better coordinate work efforts and not continue in the ‘not our job’ mindset that allows a wide range of tourism-damaging problems to persist.

“This mentality turns easily accomplished tasks into much more difficult ones,” he said.

Traffic congestion caused by the cars illegally parked in the northbound lane of Thepkrasattri Road in Koh Kaew, near the Bang Khu morning market, also made the vice governor’s list.

“People are usually parking their cars in the lane to buy food and other things, but the lane really should be available for moving traffic,” he explained.

V/Gov Chamroen pointed out that police used to issue fines to people who parked their cars illegally in the red-and-white no-parking zones near the Muslim Wittaya Phuket School, on Thepkrasattri Road southbound in Koh Kaew, but the locals were so upset that they held a small protest over the issue.

He suggested that the Muang District chief set up a meeting with the local religious leader in order to help people understand that they shouldn’t park in prohibited areas.

The Vice Governor wrapped up the gathering by announcing that meeting minutes would be sent to the Interior Ministry’s Department of Local Administration in Bangkok.

“These issues need to be addressed by the end of June,” he said.