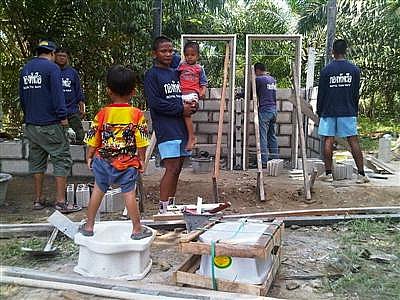 PHUKET: Officers from the Royal Thai Navy Third Area Command in Phuket distributed relief packages to people suffering from floods and landslides in parts of Krabi earlier this month.

Over 60 people died in the flooding, which caused property damage that could approach 10 billion baht, Prime Minister Abhisit Vejjajiva said after the disaster.

Thailand vows to get tough on frauds against foreign tourists