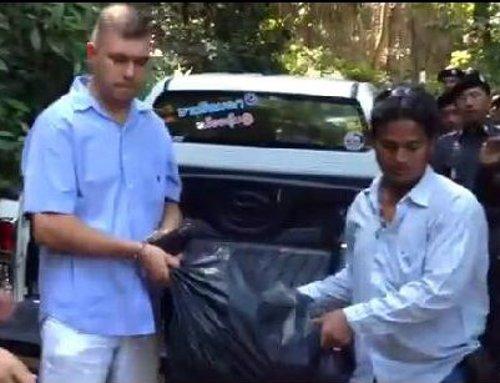 Following the witness’ testimony, Thai police searched Mr David’s villa in Bophut, Samui, where they found a human skeleton buried under the house – right where the witness said it would be. (story here).

The Institute of Forensic Medicine at Police General Hospital in Bangkok last week confirmed through DNA matching that the bones were those of the missing millionaire Mr Csapai, a former business partner of Mr David.

“I have sent a request to Royal Thai Police headquarters [in Bangkok] asking for advice on our next step in the investigation. We will travel to Hungary to question the witness if we need to,” Maj Gen Kiattipong explained.

Prime suspect Moshe David is a dual national with both Israeli and Hungarian citizenship. His Hungarian passport names him as Gabor Nemeth.

Mr David was arrested in Bangkok on December 4 (story here) for the alleged murder of Peter Reisz, also a Hungarian national who moved from Samui to Phuket, reportedly in fear for his life.

Mr David confessed to killing Mr Reisz in a fit of rage and dumping his body in a forest in Kathu. He denied the charge of murder (story here).