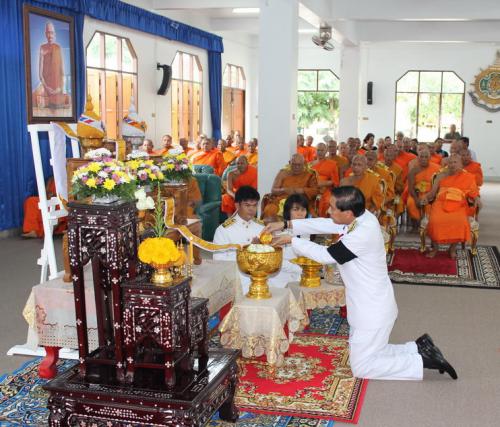 His Holiness the Supreme Patriarch, who turned 100 on October 3, had been in and out of hospital, most recently undergoing intestinal surgery on October 14.

“Everyone is invited to pay their respects at the temple for seven days,” Gov Maitri said. “For 15 days at Provincial Hall, we will display a book where members of the public can write mourning messages.”

Flags are to be flown at half mast from October 25 to 27 to honor His Holiness, and all civil servants and government employees are to wear unadorned black mourning attire for 30 days, beginning yesterday.