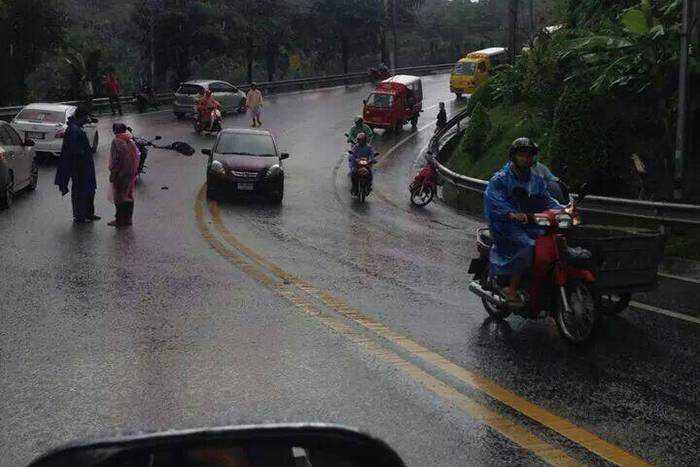 PHUKET: A man was run over by a large truck* after he fell off his motorbike on Patong Hill this afternoon.

“We received a report that a man was killed instantly after being hit by a large truck. This is all the information we have at the moment,” a Patong police officer confirmed to the Phuket Gazette.

“Police and rescue workers are now at the scene.”

The officer issued a warning to all motorists driving in the area.

“The accident has caused a traffic jam on the hill. If you are able to avoid driving over it, please do. Also, please drive carefully as the roads are wet,” he said.

*It was later clarified by police that it was a bus, not a truck that ran over the man.