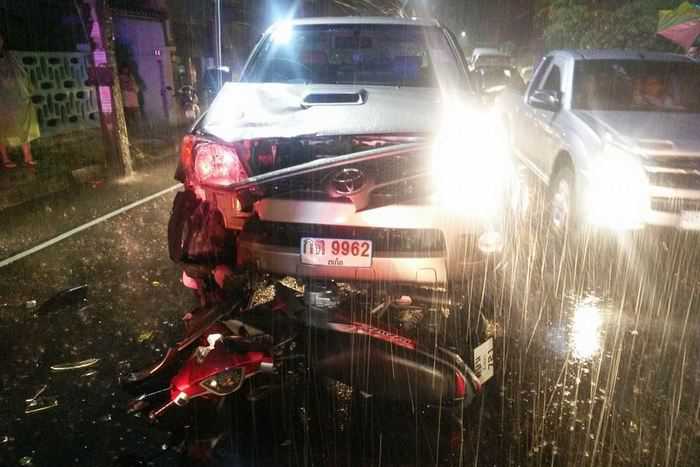 PHUKET: A motorcyclist was killed in a head-on collision with a pick-up truck that was trying to overtake a car in Phuket last night.

Police and Ruam Jai Foundation rescue workers arrived on the scene, Thep Anusorn Road in Wichit, at about 9:30pm. In the middle of the road, they found the body of 27-year-old Jakkrapong Sungjang.

“Witnesses told police that the pick-up truck was speeding down the road during heavy rain and tried to overtake a car,” said Capt Natchaya Suwannapong of the Wichit Police, adding that the pick-up driver declined to be named.

“When the truck driver crossed into the other lane to pass the car, he hit the motorcyclist.”

Police gathered evidence from the scene and took the truck driver into custody for questioning.

“The truck driver has been charged with reckless driving causing death and is in police custody,” Capt Natchaya said.