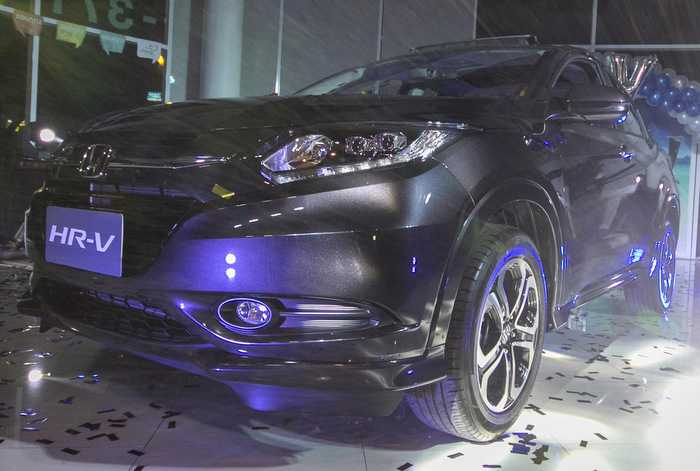 PHUKET: The Thai automobile market may have headed downhill by more than 30 per cent this year, but Honda is in gear to make up lost ground with the launch of its latest HR-V model.

The company trimmed sales forecasts at the end of last year as the slump in Thailand’s market took hold and Honda’s deliveries plunged in the last quarter of 2013.

“Every Japanese carmaker was hurt in Thailand, and so was Honda,” Kota Yuzawa, an analyst at Goldman Sachs Group in Tokyo, told Bloomberg in January. “Honda hasn’t launched its new hit products in the region, so we’ll have to wait until next year to see a pickup in volumes.”

Thailand is the third country after Japan and China to get this small crossover model. The plant here will also export it to Asean markets.

In the Kingdom, the HR-V is expected to see competition from the Mazda2, Mitsubishi Triton and Nissan X-Trail, while it battles it out on the roads elsewhere against the Ford EcoSport, Peugeot 2008, Nissan Juke and Holden, among other sub-compact SUVs.

Nonetheless, the Honda HR-V is set to become a core model in the brand’s local Australian line-up when it arrives Down Under, according to CarAdvice.

First introduced as the Vezel in Japan last year, the HR-V is a small crossover with an attractive design and E85 compatibility, reported The Nation.

It has a 1.8-liter engine developing 141 horsepower and 172Nm of torque, paired with a Continuously Variable Transmission with seven-speed paddle shifters.