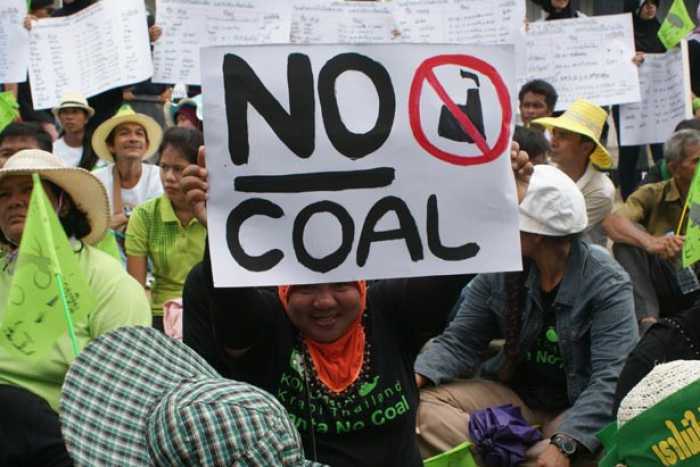 PHUKET: The Electricity Generating Authority of Thailand (Egat) is pushing ahead with its plans to build a coal-fired power plant in Krabi, across Phang Nga Bay from Phuket, by 2019.

Despite public outcry about the environmental impact of the planned power plant, Egat deems “clean coal” energy supply as a vital force for the country’s energy security, said Anuchart Palakawongse na Ayudhya, Egat director of environmental projects, during a visit to a coal-fired plant in Germany over the weekend.

“Coal-fired power plants will build energy security,” Mr Anuchart told reporters during an Egat delegation inspection visit of the Schwarze Pumpe power plant, which uses lignite; the Power Plant of Mainova, which relies on coal, and the Binselberg Wind Park, where electricity is generated by wind energy.

“With ‘clean-coal’ technology, coal will be the best energy source for the country’s power generation in the next one or two decades,” he said.

Mr Anuchart revealed that Egat planned to boost coal as the energy source for power generation from 14 per cent to 23 per cent by 2030.

The trip to Germany offered a glimpse of how a new-generation lignite-fired power plants can be “friendly” to the environment.

Binselberg Wind Park can generate up to 9,000 megawatts of electricity a year with its two turbine sets. It “lowers” carbon dioxide emissions by 5,800 tonnes every year.

Egat has stressed that while it is trying to push for the use of a coal-fired power plant at Nuea Khlong, south of Krabi Town, it has not lost focus on renewable-energy promotion.

“We will continue to boost the percentage of renewable energy in power generation too. It should rise from 14 per cent now to 28 per cent by 2030,” said Wiwat Chancherngpanich, Egat’s assistant governor for power plant construction.

Like Mr Anuchart, Mr Wiwat believes that coal is a good choice for electricity generating, saying production costs range from 2.8 baht to 3 baht per unit.

Mr Wiwat also said that renewable energy was still not very stable as a source of power generation.

“For example, if we stick to solar energy, we must understand that we may get just four or five hours of sunlight on some days,” Wiwat said.

Egat’s plan to set up a coal-fired power plant in Krabi, however, has drawn opposition from locals and environmentalists.

They have highlighted what happened to people living near the lignite-fired Mae Moh Power Plant in Lampang. There, locals have been struggling with pollution and related health issues (story here).

According to MMr Anuchart, the Mae Moh plant has been improved and has reduced its sulphur-dioxide emissions significantly.

He said that Egat recognized that the Mae Moh plant was old and it would be closed soon.

“As for our new projects, we should be able to do at least as well as Germany,” he said.

For example, for the planned coal-fired power plant in Krabi, he said that Egat would spend up to 800 million baht on constructing a tunnel for coal transportation along a stretch that went past a mangrove forest, an issue strongly contested by local fishermen (story here).

He said that the transportation system would be closed in order to prevent environmental impacts along the route. Boats used for coal transportation would stay clear of coral reefs off Phi Phi Island and Lanta Island.

Sulphur dioxide emissions would also be far below the standard requirement.

“Our consulting firm is in the process of gathering people’s opinions,” Mr Anuchart said.

He added that if the 50 billion baht plant received Cabinet approval, its construction would start in 2016 and finish in 2019.

The plant, which would replace an old plant at the same location, would use sub-bituminus coal, an “eco-friendly” raw material, Mr Anuchart said.

That plant and two plants planned for Songkhla were crucial in ensuring electricity security in the South.

However, the many protests mean there are now question marks over whether the Krabi and Songkhla plants will go ahead. And if they are not constructed, would Egat be able to find enough energy to meet needs

Mr Wiwat said that if the power plants could not use coal to produce power, Egat would have to consider other options such as liquefied natural gas, which would cause the electricity-producing cost to increase by 2-3 baht per unit.

The other option would be to buy energy from other sources such as dams in Myanmar, Laos and Cambodia.

If that happened, said Mr Wiwat, the country would become dependant on other countries to meet its energy requirements.

Thailand’s state of energy sustainability was thrown into sharp relief in May last year when all 14 provinces of Southern Thailand were plunged into darkness for up to four hours.

Pongsak Ruktapongpisal, Energy Minister at the time, described what was Thailand’s worst blackout in history as “unavoidable”. He blamed a lightning strike for the monstrous power outage, but did not come up with long-term measures to prevent a repeat in the region (story here).

Sutat Patmasiriwat, Egat Governor at the time, said that more power plants were needed in the South to prevent blackouts like the one that left all of Southern Thailand in the dark.

The existing three plants in the South were only able to supply 1,600 megawatts of power, while the region consumes about 2,200MW, he explained, adding that the only other viable option to coal-fired plants was nuclear (story here).