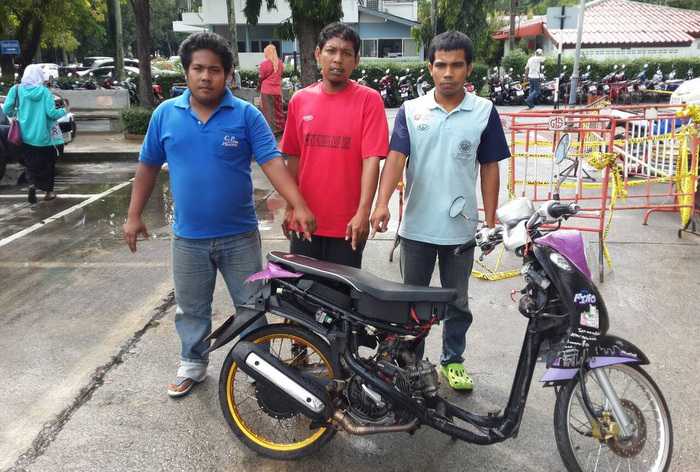 “We had a tip-off that a rowdy group of young people were staying at a rental house in Rassada and that there were always lots of motorbikes and bike parts laying around,” Phuket City Police Deputy Superintendent Somsak Thongklieng told the Phuket Gazette.

“Following up on the lead, we approached a group of three men who were working on a motorbike. We checked the registration number and confirmed that the bike was stolen.”

The motorbike they were caught with was stolen from Kanech Pattanakijpibul in July, confirmed Lt Col Somsak.

Police seized six motorbikes and a cache of parts as evidence.

“The suspects confessed that sometimes they bought stolen bikes, and sometimes they stole the bikes themselves. They would either sell the original bike, or rebuild the bike depending on what their customer wanted,” Col Somsak said.

“Mostly they rebuilt them and sold them on Facebook.”

All three men were charged with theft.

“We will continue to question them so that we can find more members within their criminal network,” Col Somsak said.