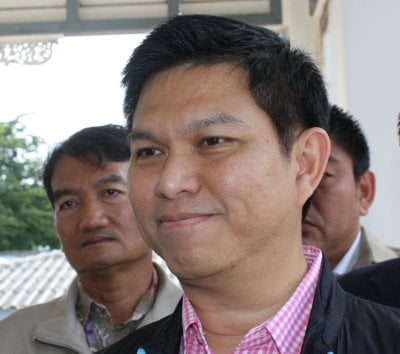 PHUKET: Woravat Auapinyakul, Minister to the Prime Minister’s Office, has told the Phuket Gazette that he expects the “Andaman – The World Experience” tourism initiative to attract more than 20 million tourists to the region.

At a meeting at Phuket Provincial Hall on Saturday to chart the progress of the tourism initiative, Mr Woravat said that intense competition within the tourism industry meant that the Andaman provinces needed a unique strategy to maintain visitor numbers.

“The best way would be to build on the good things the provinces already have, such as local culture, traditions and food,” said Mr Woravat.

“Andaman provinces are the country’s most popular tourist destinations. The “Andaman – The World Experience” will showcase to the world that, besides the white-sand beaches and beautiful sea, the Andaman also has historical, natural and cultural sights to experience,” he added.

The festival, to be launched by PM Yingluck Shinawatra at the Blue Elephant Royal Thai Cuisine in Phuket Town, will be held from November 9 to 11.

Also reported as the “Andaman Culture Festival”, the event will feature a carnival parade with each of the provinces presenting their own unique charms.

While in Phuket, Mr Woravat and his team conducted a quick inspection of the Blue Elephant venue to take in the seafood cooking show.

“Each province will design their own theme, focusing on the culture and history along with existing tourist attractions that best represent their location as a holiday destination,” said Mr Woravat.

“The festival will also showcase stage performances, exhibitions and activities arranged by each province, which will also produce an events calendar to inform visitors of special occasions going on in their province over the coming year,” he explained.

Mr Woravat believes that the project will add a definite boost to tourism in the Andaman region, stating that a figure of 20 million tourists was a realistic target.

Moreover, he sees the initiative ensuring that income is distributed to every facet of the Andaman tourism industry.

However, he issued a stern warning to unscrupulous operators: “Entrepreneurs who choose to take advantage of tourists will banned from being a part of the project and its activities.”

Mr Woravat went on to explain the various themes to be adopted by each of the coastal provinces.

Krabi, under the slogan “43,000 years Krabi, adventure wonderful Andaman” will give tourists the opportunity to discover a lost ancient empire and how ancient inhabitants lived.

Phang Nga province has chosen more recent times with “2,000 years Phang Nga, the wonderful beauty of the Andaman” being their slogan.

Not to be outdone, Phuket has focused on almost modern history in comparison, going with the slogan “400 years Phuket, the wonderful glamor of the Andaman”, which will focus on the Sino-Portuguese historical aspects of the city and the wide variety of nationalities and cultures found in Phuket.

Ranong has jumped forward in time too, with “150 years Ranong, the endless wonderful Andaman”. Ranong province is highlighting that they have the third-best mineral water in the world with natural resorts and spas to match

Trang province, by comparison, is bang up to date with “100 years Trang, the wonderful heaven of the Andaman”, focusing on their “many wonderful places” and range of different cultural dishes.

Satun, isn’t bothering with history and has gone for the simple “Wonderful Andaman romantic Satun, it’s a very beautiful province”.

Despite his efforts, it is likely that Mr Woravat will not be in a position to oversee the November event, as it was revealed today that he had been appointed as the government’s Minister for Science in the recent Cabinet reshuffle.

Baby boy’s body found in back of Krabi trash truck