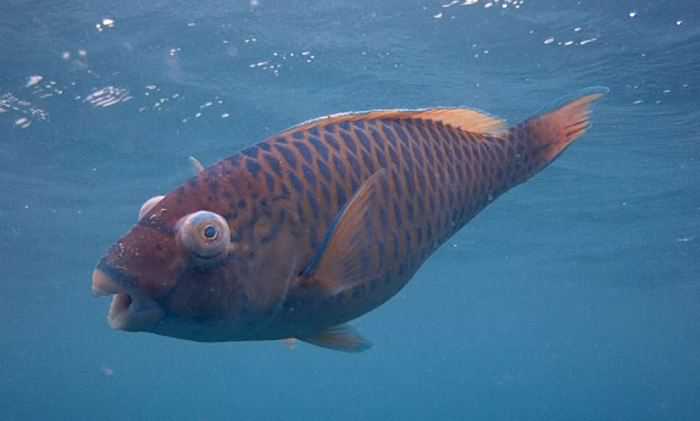 PHUKET: Marine officials are searching for an explanation as to why dozens of fish have been dying recently near Koh Racha Yai island off the southern coast of Phuket.

“A parrot fish was swimming in slow circles close to death… at Ao Konkare [Bay 1] [on Wednesday]. What would cause its eyes to bulge out like that?” local diver and marine conservationist Joe Blasy asked after having noticed the multitude of dead fish last week.

The Phuket Marine Biological Center (PMBC) was informed of the situation and is now investigating.

“We have yet to determine what exactly is killing the fish,” PMBC Director Ukkrit Satapoomin told the Phuket Gazette. “We are continuing to look at possible causes and plan to do autopsies on the fish.”

Reports of dead fish at Koh Racha Noi have also surfaced, however, similar sightings have not been made at other well-known dive locations such as Shark Point, Koh Bida Nok, Palong Wall or Phi Phi, confirmed Mr Blasy.

A similar case occurred in the same area just over one year ago, in which several dead reef fish were found and brought to the PMBC amid worries that the sea creatures had been poisoned (story here).

“People are always assuming that fishermen are killing fish and corals with chemicals,” Mr Ukkrit said. “However, an autopsy conducted by us has never come back corroborating that theory.”

PMBC officials confirmed that they will visit and inspect the area around Koh Racha Yai, especially in Bay 1 (Ao Konkare) and Bay 3 (Ao Ter), where the fish were found.