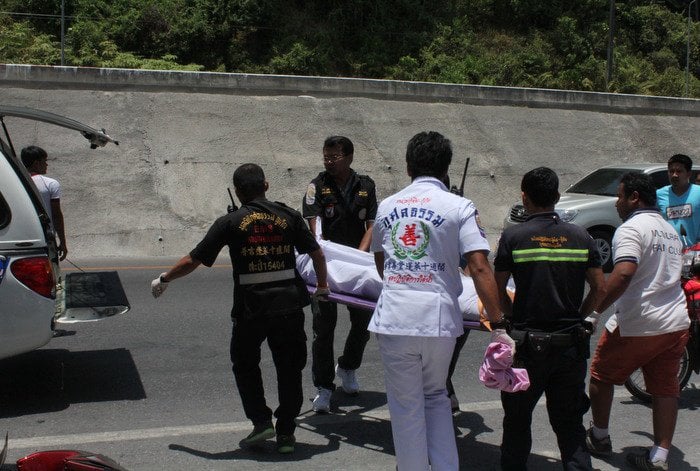 PHUKET: A man died after crashing his motorbike into an 18-wheeled truck parked near Siam Niramit on the bypass road yesterday afternoon.

At the scene, police found the body of Warodom Withayanithidilok, 25, with a broken neck and injuries to his face, said Maj Rachan Punwai of the Phuket City Police.

The visor of Mr Warodom’s helmet was completely shattered from the collision, Maj Rachan noted.

“I was driving from Koh Kaew heading to Phuket City when one of my tyres blew out. I pulled over so I could call my company,” said truck driver Adisorn Samankit, 50.

“Ten minutes later, a motorbike being driven very fast crashed into the back of the truck. I immediately called the police.”

Mr Warodom’s body was taken to Vachira Phuket Hospital, while Mr Adisorn was taken to the Phuket City Police Station for questioning.