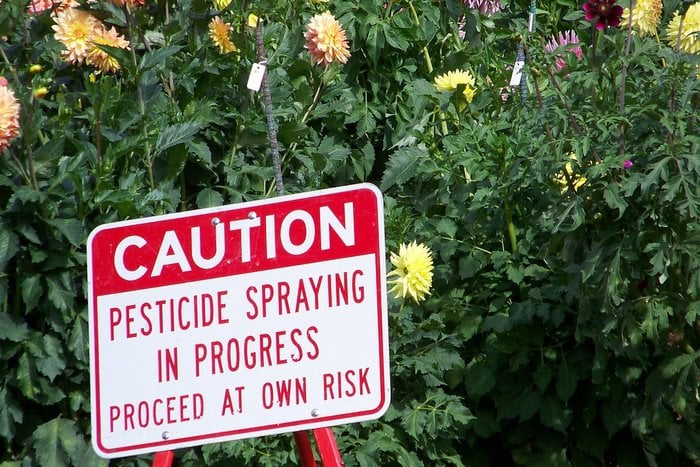 PHUKET: Almost all of us can point to what James Joyce called ” epiphanies”, moments or experiences in our lives that ineradicably changed us or our world view for ever. Such events may have been seared in our memories by pain or fear, others may have been moments of insight or ecstasy.

One such experience for me came from reading a book in 1962, soon after my return from university teaching in North America. It was called, with suitable prescience, Silent Spring, and taking its inspiration from Keats’s haunting ballad, La Belle Dame Sans Merci, chronicled the disastrous impact on our fragile environment of the indiscriminate use of pesticides and herbicides, particularly in relation to the life cycles of birds and fishes.

Rachel Carson, for that was her name, was eloquent in her denunciation of current agricultural practices. One was the use of toxic and ineradicable “biocides” which not only poisoned pestivorous insects such as mosquitoes or undesirable weeds, but passed up the food chain in a process known as bioaccululation.

For example, raptors such as ospreys which prey on fish, or peregrine falcons which feed mainly on small, insect or seed-eating birds, themselves became prey to accumulated toxins which subsequently caused infertility and worse. In a powerful passage about squirrel mortality Carson observed: “The head and neck were outstretched and the mouth often contained dirt, suggesting that the dying animal had been biting at the ground, adding ”

By acquiescing in an act that causes such suffering to a living creature, who among us is not diminished as a human being.” The problem was not peculiar to animals and birds. Herbicides such as 2,4-D were – and still are – spread across entire agricultural fields. Runoff, which may amount to a staggering 90 percent of the initial application, is carried into lakes, rivers and seas.

As Carson knew, the problem was not confined to wild creatures: DDT, it was later confirmed, was also potentially carcinogenic to human beings. And not only was the balance of Nature upset by its indiscriminate use, intended victims such as mosquitoes became capable of developing resistance to such chemicals. Mass spraying with DDT to control the pest was abandoned in developing countries such as Sri Lanka in the 1980s, mainly because it was no longer fully effective. In 2009, India was still producing the synthetic chemical.

In Thailand, it was in use even later. A relative of my Thai partner, whose work consisted of spraying rubber plantations, has been permanently afflicted by the daily contact. Enough to confirm Carson’s central thesis, now echoed by environmentalists everywhere: we exercise an inexorable but all too often negative impact on our precious natural world.

Of course Silent Spring created a furore, condemned both by conservative politicians and lobbyists for the chemical industry. But it changed, arguably forever, the simplistic notion that man was the environment’s supreme benefactor, that he was triumphing in the war against disease through the control of insect vectors of infection. Blindingly, we were made aware that man was more destroyer than protector of our environment. If humankind could poison nature, then nature would in turn poison humankind. As the New York Times declared: “It ignited the environmental movement”.

Of course this movement is now not only worldwide, it has taken on board a whole spectrum of issues, including the hot topic of greenhouse gases and climate change. In Carson’s day, this burning issue had not yet fired the public imagination.

But she would have deplored the existence of a dump of plastic particulates at least the size of Texas in the Pacific Ocean, many of which end up in the stomach of sea turtles, or the death of countless albatross whose young mistake bits of discarded plastic for food and suffocate or starve to death. She would have lamented the loss of 98 percent of the population of carrion-feeding Indian vultures to a drug called diclofenac, used to prolong the life of over-worked beast of burden.

On the other hand , she would have applauded the first entirely self-sufficient buildings, the global harnessing of wind and sun, Obama’s veto of Keystone XL, a pipeline destined to disgorge the world’s dirtiest fuels – bitumen and petroleum coke – into the American landscape.

Her spirit lives on….