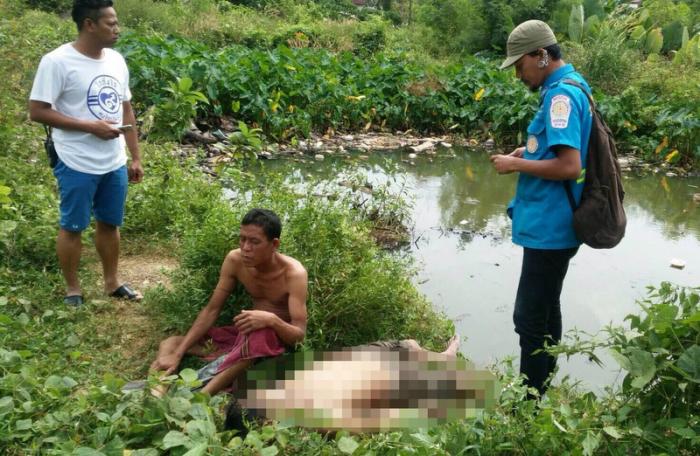 PHUKET: A Phuket man drowned while diving for clams in a swamp in Kathu yesterday morning.

The incident occurred near a cement factory on Wichitsongkram Road. Police arrived at the scene to find the body of the victim, named only as Wirot, lying on the ground. His friend, Narong, was waiting at the scene.

“Mr Narong told us that he and Mr Wirot had come to the swamp to find clams and that they had been drinking together before jumping in,” said Capt Wichote Meephob of Kathu Police.

Mr Wirot said his friend disappeared and so he searched in the water for him and found his body at the bottom of the swamp.

“He said that he pulled his friend out of the water and then alerted us. We found no signs of struggle or bruising on the body,” said Capt Wichote.

Police believe the dead man may have suffered from a cramp, causing him to drown, but they are investigating the matter further before concluding the case.

Pick-up truck burnt to a crisp in Phuket