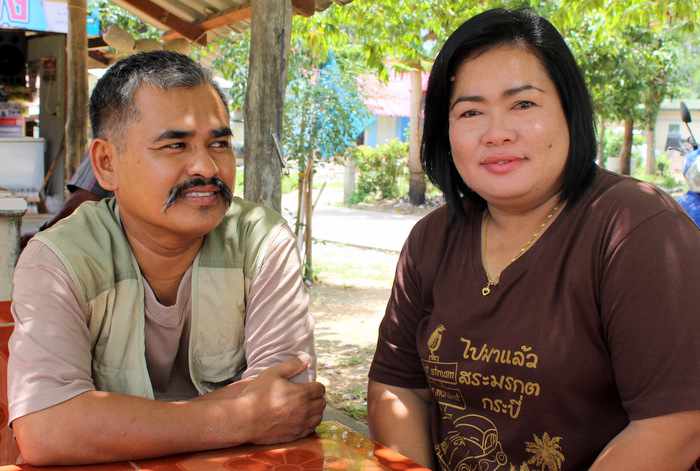 PHUKET: A Phuket couple who won 26 million baht from the national lottery this weekend have set their children’s education as their top priority in spending the windfall prize.

Sutin Nuanjan, 46, and his wife, Puangkaew 39, discovered on Saturday that they had won millions of baht.

“On Wednesday [August 13], we went to the market in Rawai and asked a lottery vendor there for tickets with the number 8240, as that is the number of our car registration,” Mr Sutin told the Phuket Gazette.

Mr Sutin was with friends near his house when he heard that the winning number was 662842.

“I didn’t mention anything to my friends, but quickly, quietly walked home to check with my wife that it was true,” he said.

“She showed me the ticket; we hugged and cried.”

An officer at the Government Lottery Office in Bangkok confirmed to the Gazette this morning that the couple had won 26mn baht.

The lottery win came as a welcome reprieve as the couple were worried about their meager income and their children’s future.

“I was laid off from the Royal Phuket Yacht Club two months ago, and my wife is a teacher’s assistant at Wat Sawang Arom School in Rawai,” Mr Sutin told the Gazette.

“We will share the money among our four daughters. Of the two youngest, one is still at school and the other is at university, so we will make sure the money pays for their education first.”

The couple will also make merit by donating to nine Phuket temples and will have nang talung (shadow puppet plays) performed in Rawai for five days and nights, Mr Sutin said.