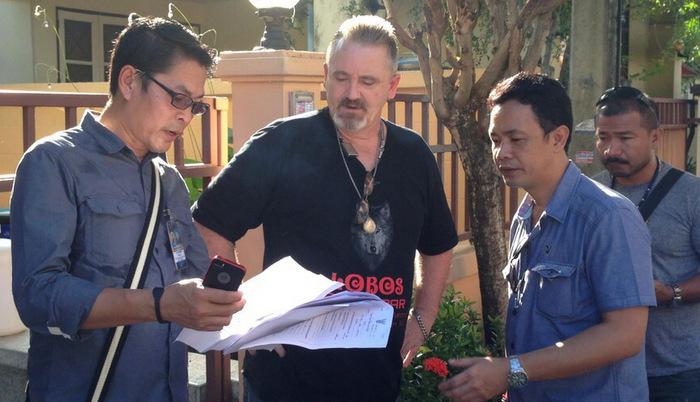 PHUKET: German expat Detlef Gerhard Hewer, 49, was arrested in Phuket yesterday afternoon on a warrant issued by a Thai court at the request of the Austrian embassy in Bangkok.

“He was flown to Bangkok to be handed over to the Office of the Attorney-General, which will deport him to Austria,” Col Sutthichai said.

Patong Police arrested Mr Hewer at his residence in the Phanason housing estate on Wichit Songkram Road in Kathu.

“We received an order issued by Region 8 Police Deputy Commander Wissanu Muangpraesri on May 2,” Col Sutthichai told the Phuket Gazette.

“That order was issued after the Austrian Embassy submitted a request to the Office of the Attorney-General.”

The order did not include any details of the fraud charge against Mr Hewer. There was no mention of monetary value involved or who the victim was.

“We learned where he was living and went to make the arrest. Mr Hewer accepted that he was the person named in the arrest warrant.”

Mr Hewer was well known in Phuket as the director of Eden Divers, which has an office on Nanai Road in Patong and in Khao Lak.

Phuket lifeguards to be back on duty by next Tuesday