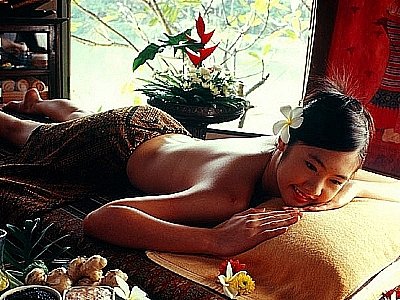 PHUKET: Phuket will stage a bid to break the world record for the largest simultaneous group rubdown in a mass Thai massage on Karon Beach on August 19.

The current record holders, credited to “Tourism Victoria Australia”, the state tourism board for the southeastern state down under, grabbed the record with 232 pairs on March 30 last year.

Phuket participants will try to double that figure and seize the title for Thailand, who already hold the record for longest massage chain of 1,223 massage links.

If successful, the group massage title is not expected to stay in Phuket long as an even bigger mass rubdown is planned for Bangkok later in the year.

There are three similar events leading up to the Bangkok event, when 840 pairs are expected to take part – and rub out Phuket’s expected spot in the record books.

There will be two other similar events in Surat Thani (400 pairs) and Ubon Ratchathani, with 214 pairs.

The project is organized by the Public Health Ministry, the Department of Export Promotion, the Tourism Authority of Thailand (TAT) and THAI Airways with the aim of promoting Thai massage to the world and – you guessed it – inbound tourism.

Narawean Sangchan, marketing officer at the TAT regional office in Phuket Town, told the Gazette today that the mass rubdown will be followed by a weekend full of fun activities at the Jungceylon shopping complex in Patong.

When asked how one might volunteer to take part as a recipient on the big day, she advised calling the Phuket Provincial Health Office at 076-211330 or organizing officer Mr Ekarin at 086-461 8434.