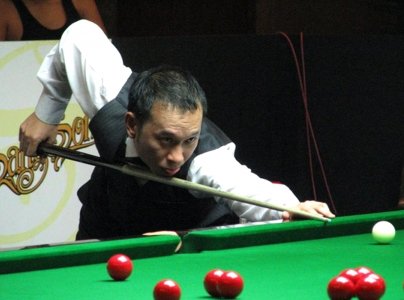 PHUKET: Ratchapol Pu-Ob-Orm (James Wattana) ranked 67 in the world thrilled his Phuket fans with back-to-back wins over the past 24 hours at the Sangsom Phuket Snooker Cup.

The tournament is being hosted at the Royal Paradise Hotel and Spa in Patong and features several of the world’s top 100 players.

This victory follows his first round win yesterday over Nakorn Chapon 4-1.

Currently in action are Phaitoon Phonbun and Thepchaiya Un-nooh. Play began at 4pm

At 7pm, Sarawut Chubuppha and Dechawat Poomjang will battle for a place in the next round.