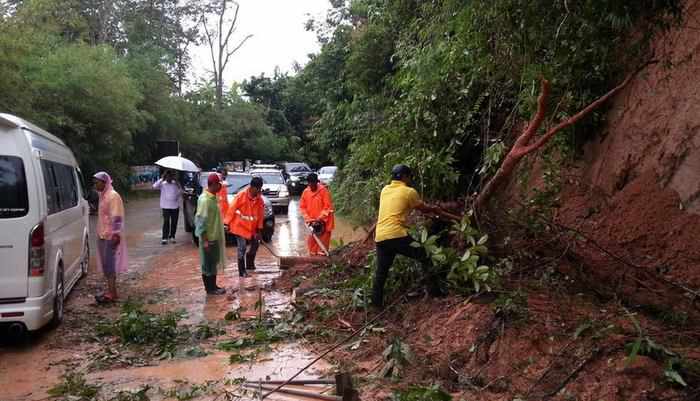 PHUKET: Phuket residents are urged to beware of possible landslides and flooding as heavy rain is expected to pummel the island for the next four days.

“From June 4 to June 8, heavy rain is expected throughout Thailand, but provinces in Central Thailand on the gulf coast and many in the south are at high risk for landslides and floods,” said Disaster Prevention and Mitigation (DDPM) Deputy Director-General Anusorn Kaewkangwan.

Residents in need of assistance are urged to call the DDPM 24-hour hotline 1784 or contact the nearest DDPM office, said Mr Anusorn.

Mr Anusorn added that all departing boats should proceed with caution.

“Southwesterly wind speeds could reach 20-35kmh and waves could climb as high as three meters,” he said.

Temperatures during the next four days could get down to 23º Celsius and but will max out at 32ºC, Mr Anusorn noted.

Lampard to lead out England at World Cup warm-up