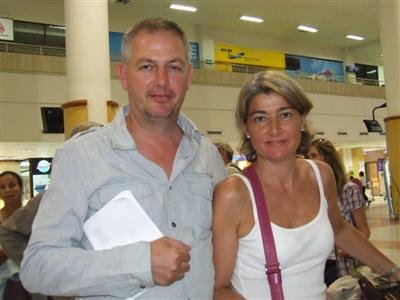 PHUKET: Island hotels are counting the costs to the local hotel industry of the volcanic eruption in Iceland that forced airlines to delay and cancel flights between Europe and Phuket for a week.

More than 600 tourists remain stranded on the island days after direct flights to Germany and Belgium were canceled, while many more travelers remain stuck here because their connecting  flights out of Bangkok were affected.

Talks with airport representatives of scheduled carrier Air Berlin as well as charter operators XLF, Thomas Cook and Condor revealed that six direct international flights scheduled from Phuket to European destinations between April 16 and 19 were postponed or canceled.

Four flights to points in Sweden, Denmark and Germany were delayed for three days, while two flights to Germany and Belgium were canceled altogether.

Tour agencies and charter flight operators will be responsible for stranded tourists’ hotel rooms, but free independent travelers would have to take care of their own expenses, he said.

A spokeswoman for Air Berlin said the German carrier restarted flights out of Phuket on Tuesday.

Its priority was to fly home around 350 tourists stranded in Phuket due to cancellations of earlier flights.

“Our staff have had to work day and night to rebook the flights for the passengers,” she said.

“In my hotel I’ve given them a 50% discount,” said Mr Suchart, who is also the managing director of the Phuket Graceland Resort in Patong.

Around 10% of the European tourists booked into Phuket hotels over the period canceled, he said.

“Because high season is ending there aren’t so many people coming from Europe, so it hasn’t affected us much.”

Staff at luxury hotels including the Kata Beach Resort, Kata Thani and Burasari said that because their guests are now mostly regional travelers operations have not been significantly affected.

The JW Marriott Resort in Mai Khao also reported no dramatic change in occupancy rates due to flight cancellations.

Others hotels have felt more pain, however. Jarini Thongmun, front office manager of Mom Tri’s Boathouse Hotel on Kata Beach, estimated that a 10% dip in occupancy rates to under 60% had cost the resort about 1 million baht in earnings over the period. Most guests at the resort are European.

About 80% of flights had resumed in Europe by Wednesday. Airlines there are now calling for a review of safety regulations, some saying the flight bans were unnecessary.