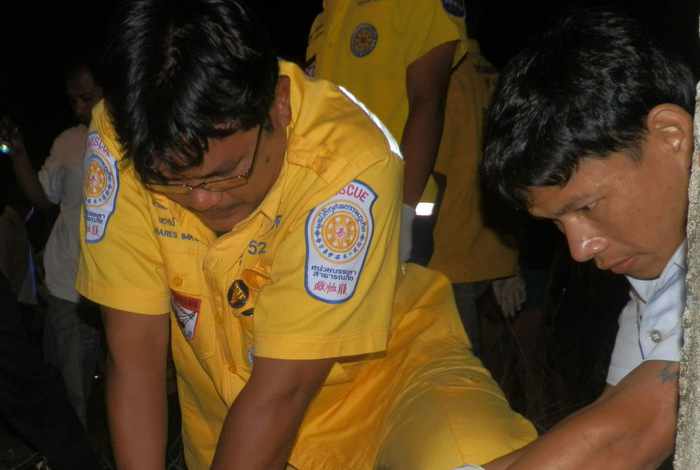 PHUKET: A staffer at a hotel in Karon has died from his injuries after being stabbed in the head during a gang attack north of Phuket Town on Saturday night.

Surasri Jupmatta, 19, from Prachuap Khiri Khan, and a male friend were pushing their motorbike along Thepkrasattri Road looking for petrol when they were set upon by a gang on about five motorcycles.

“We are withholding the name of the man who survived the attack as he is our key witness,” Maj Rattaket Munmuang of the Phuket City Police told the Phuket Gazette.

“The attacked occurred near Khosit Wiharn Temple at about 11:20pm. We were told that the gang started shouting at the victims, asking why the two men were looking at them.”

In the ensuing melee, Mr Surasri was stabbed in the left armpit and then in the head, before the gang fled.

The knife was still protruding from his head when rescue workers arrived.

“His friend suffered extensive bruising in the attack,” Maj Rattaket said, and is still recovering at the hospital.

“We checked footage from CCTV cameras in the area but we have yet to identify the suspects.

“However, we hope to arrest them soon.”