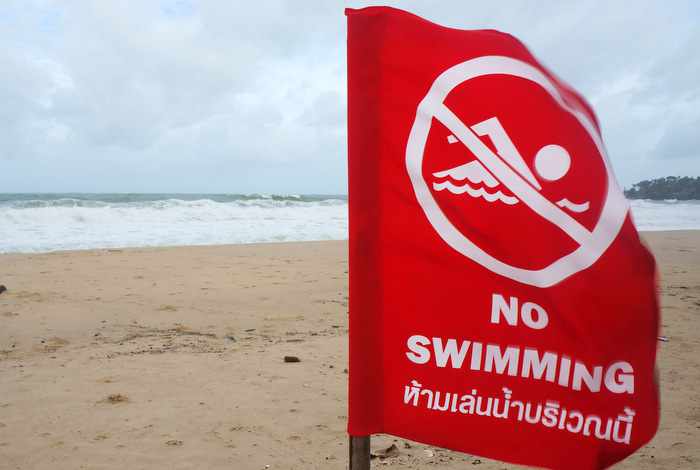 “We issued a warning to every local administration in Phuket to watch out for flash floods and landslides and to be prepared to respond to emergencies in their areas,” Department of Disaster Prevention and Mitigation (DDPM) Phuket chief San Jantharawong told the Phuket Gazette this morning.

“Also, all operators of small boats, including tour boats, must be cautious during the current weather.”

The Thai Meteorological Department (TMD) emphasized the need for boat safety, with waves expected to reach heights of up to three meters.

“We’re not particularly worried about the rain in Phuket, but small boat operators must check the latest weather conditions before setting out to sea,” said Santhad Panbanpeaw, director of the Thai Meteorological Department’s Phuket Office.

The strong waves, bolstered by southwesterly winds gusting up to 40kmh, are expected to persist through Wednesday.

“According to our information, The conditions should improve slightly after that,” Mr Santud said.

Phuket Lifeguard Club President Prathaiyut Chuayuan earlier this month urged all beachgoers to beware strong waves at all beaches along Phuket’s west coast as the southwest monsoon sets in.

“Please do not go into the sea, especially at Kata and Karon. I have also received reports of heavy, high waves in the Surin area that could be very dangerous,” Mr Prathaiyut said on June 14.

“Not believing our warnings could leave you dead,” Mr Prathaiyut said.

A 13-year-old boy drowned at Karon Beach on June 12 after ignoring red flags marking sections of the beach as a “No Swim” zone.