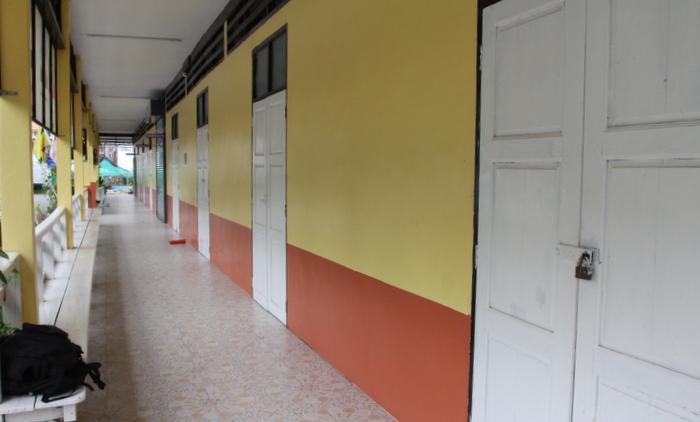 PHUKET: All government offices in Phuket are open as usual today, despite the coup initiated by Army chief Prayuth Chan-ocha yesterday (story here).

“All government offices remain open as usual. Only schools are closed,” Phuket Vice Governor Sommai Prijasilpa confirmed to the Phuket Gazette this morning.

Gen Prayuth ordered yesterday that all schools be closed until Monday (story here).

“At this point, we have no special orders for Phuket,” Vice Governor Sommai said.

Phuket Governor Maitri Inthusut is en route to a briefing at the Army base in Nakhon Sri Thammarat for the second time this week. He went on Tuesday after martial law was declared (story here).

“When the governor returns, we will see if he has special instructions for the island,” V/Gov Sommai said.

Chalam Attatham, Director of the Phuket Primary Educational Service Area Office, confirmed that schools nationwide, both public and private, will be closed until Monday, but noted that the Education Service Office remains open.

“We do not have any other special orders. We will carry on our usual work,” Mr Chalam added.

Phuket remains under the 10pm to 5am curfew (story here) ordered by Gen Prayuth until further notice, V/Gov Sommai said.