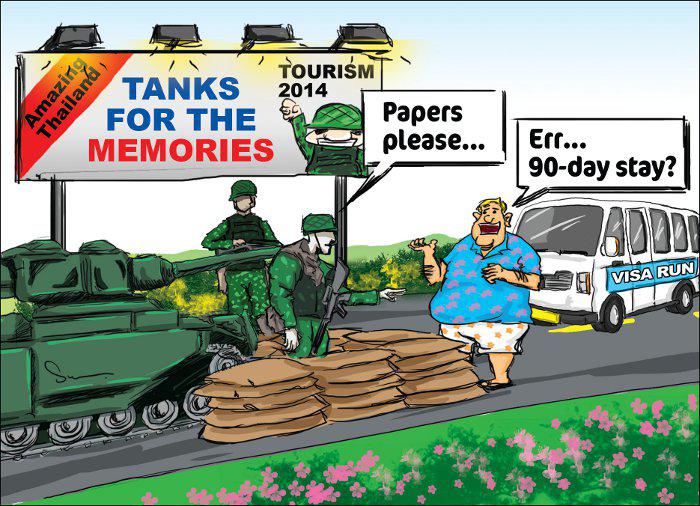 PHUKET: Recent reports quoting Thai Immigration officials as saying that “visa runs” were a thing of the past have generated a great deal of interest and confusion in Thailand’s expat community.

Yet this crackdown is little more than the latest in a long series of tweaks to Immigration policy that is unlikely to have any real impact on foreigners staying in the country legally.

The clampdown, set to take effect in August, will simply limit the number of times foreigners will be allowed to enter the Kingdom on visa exemptions (story here). The change was triggered in large part as a way to prevent foreigners – particularly those from South Korea, Vietnam and Russia – from exploiting lax Immigration policies designed to stimulate tourism.

The reason for the policy change is as simple as it is rational: to ensure that foreigners who work in Thailand do so legally.

This is a good thing. Not just because it upholds the laws of the land, but because it supports those foreigners who take the trouble to establish legal businesses here, in part by ensuring that they are not undercut by illegal businesses.

Another method of ensuring that Immigration laws are obeyed, and one which has not been proposed, is for Immigration to improve the communication of its rules and policies. This applies to communication between Bangkok and provincial officials, as well as between officials and the media, to ensure that accurate information is passed on to those affected.

Such clarity should also include a clear statement of fees for various services – in multiple languages – on the Foreign Ministry website and in each Immigration office.

It would also be helpful if the Tourism Authority of Thailand did their part and published information to prevent legitimate tourists from being frightened off by the current headlines. In a country so reliant on tourism, crackdowns connected to it could do long-lasting damage.

But for better or for worse, “visa running” will likely remain with us for a long time.

On the plus side, these enforced journeys have resulted in new friendships, remarkable tales of mischief and adventure, and even some relief from the routines we tend to become so entrenched in.

On the down side, the trips have cost companies untold thousands of hours of lost manpower and productivity and forced people onto Thailand’s notoriously dangerous roads, sometimes with fatal results.

Thailand’s dependence on tourism, coupled with long-standing regulations that make it difficult for some expats to obtain year-long permits-to-stay or residency status, virtually ensure that there will continue to be sufficient numbers of foreigners needing to do ‘out-and-in’ trips to guarantee the survival of a visa run industry that has endured for decades – even as entire governments have come and gone.