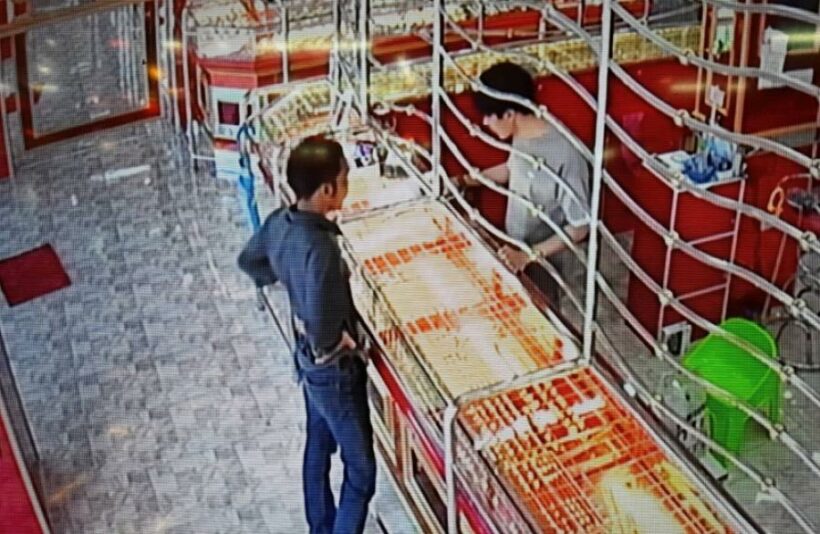 PHUKET: Police have issued an arrest warrant for a suspect who stole a gold necklace from a jewelry shop in Thalang yesterday morning.

“The ‘Jip Leng Hong’ gold shop, located beside Kasikorn Bank’s Tarua branch, got robbed of a gold necklace made of one baht of gold,” said Capt Warawut Sensop of Thalang Police.

Police used CCTV footage to identify the suspect as Pornsak Thongjit, 21. He was dressed in a long grey shirt with blue pants.

Mr Pornsak drove to the shop on a motorbike, which he parked outside, and pretended to browse through jewelry.

The staff brought a gold necklace for him to see, which he suddenly grabbed and made a run for it, using his motorbike to escape.

“The staff described him as a thin, bearded man with a receding hairline. They also said that he had a tattoo on the middle finger of his right hand, which helped us to identify him,” said Capt Warawut.

Last month, seven out of a gang of nine suspects were arrested in Phuket and Samui for selling 4 million baht’s worth of fake gold in several Phuket gold shops over the period of a month (story here).