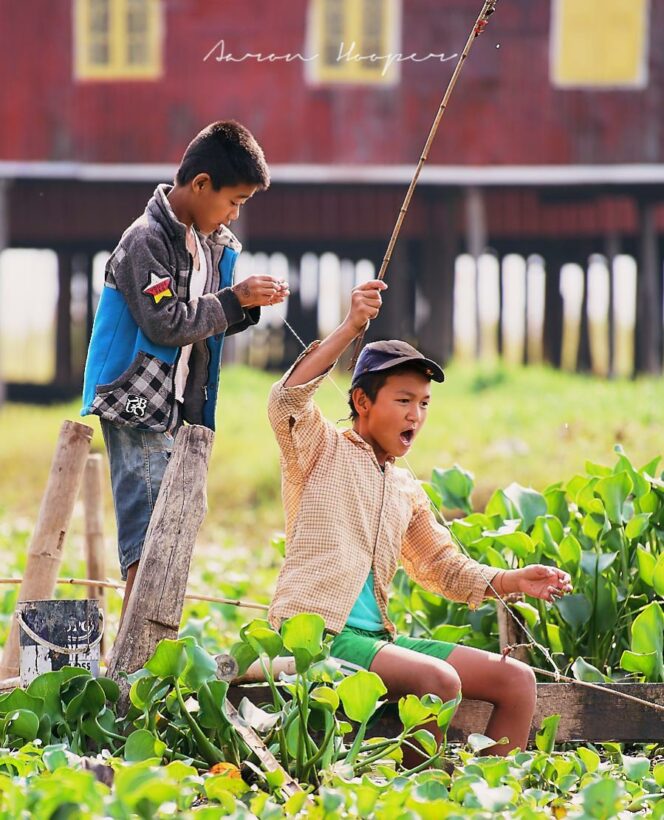 Life on Inle Lake flows on as if unaware of the modern world that is slowly encroaching upon it.

The traditions are simple and honest. Hard working people and tight knit communities and families.

Inle Lake is special. As I slowly puttered up the lake side in my long tail boat, I happened upon these two boys in absolute concentration.

Their makeshift fishing poles of found bamboo and some string were their tools on this day.

Yelling and laughing at each fish that bit and got away, finally with this shot I captured him land his fish.

It wasn’t massive and I’d seen bigger fish caught, but the smiles on these two when they pulled it in were huge.

The simple pleasures of two friends hanging out and catching a fish, I suppose, are universal.

Aaron Hooper is a freelance photographer long known for his other identity as the Chef/Owner of Joe’s Downstairs Restaurant in Phuket. He is now refocused on his passions for writing, photography and travel. You can see more of his portfolio here.