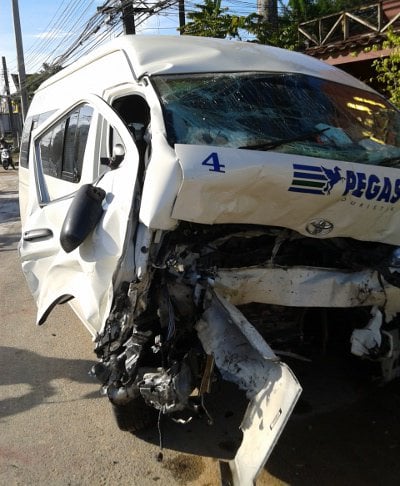 PHUKET: A 12-year-old girl is feared dead after a Phuket tour van reportedly collided with a pickup truck near Chalong Temple on Chao Fa West Road in Chalong this morning.

According to initial reports, two others were injured in the accident, which occurred at about 7 am.

It is not known at this point whether the driver fled the scene as with the previous accident involving the same tour company.

Phuket axe murderer out on bail until next year