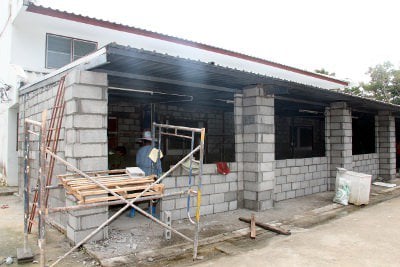 “On December 6, the two new police stations at Wichit and Karon will be ready to serve the people of Phuket,” said Maj Gen Choti.

“We believe that the addition of these two new police stations will strengthen our working potential and help extend our services to better serve people on the island,” he added.

However, the general pointed out that the newly constructed buildings are only a temporary measure until more permanent structures are erected next year.

Despite the development of new police precincts, for the time being there will be little extra manpower to serve the new areas of responsibility.

“Previously, we had planned to station about 160 officers at each of the new locations. However, a lack of police officers has meant we can deploy only 60 to each of the two stations,” explained Gen Choti.

“Although there won’t be as many officers as we would like at the two new stations, every officer will work their best to keep the area peaceful” he added.

The new precincts will also come under the responsibility of existing commanders until new superintendents are appointed.

“They will both be in command until the two nominated superintendents arrive,” he explained.