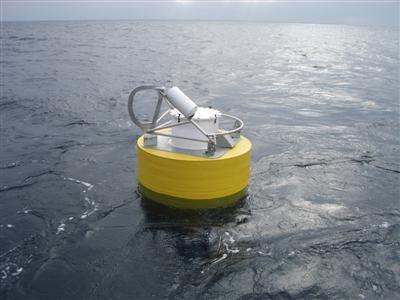 PHUKET CITY: The director of the National Disaster Warning Center (NDWC) has confirmed that its disaster warning system is working well and says two more tsunami direct detection units on order from Italy should be deployed off the Andaman Coast by year end.

NDWC Director Viriya Mongkolveerapan told the Gazette that the government is spending more than 100 million baht for the two new buoys.

The NDWC in December 2009 replaced the single existing direct detection buoy anchored to the sea bottom about 600 nautical miles northwest of Phuket.

The ‘Dart II’ unit, deployed in December 2006, was gifted to Thailand by the US government under the stipulation that the NDWC would be responsible for its routine maintenance, including an annual change of battery.

Due to bureaucratic obstacles, the NDWC never changed the battery, and on September 11 the buoy finally stopped transmitting, leaving Thailand and the rest of the Indian Ocean Basin with no direct detection capacity for over three months.

The switch-out was finally made and the new unit began transmitting data on December 17, just in time for the fifth anniversary of the tsunami disaster.

The new unit will be able to transmit data for two years, Mr Viriya said.

In a related development, Phuket Governor Wichai Phraisa-ngop said the province is organizing a tsunami evacuation drill for all risk areas on the island.

The drill is likely take place next month, but the exact date has yet to be announced.

“We should always be prepared for disasters that can occur at any time, night or day. I am particularly concerned about what would happen if we got hit by a tsunami at night, even though we would have about an hour to conduct an evacuation,” said Gov Wichai.

The drill would also increase tourist confidence in Phuket as a safe destination, he said.