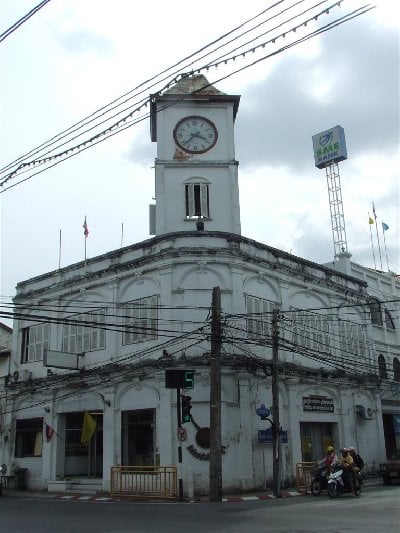 When completed, the classic two-story Sino-Portuguese building at the corner of Phuket and Phang Nga Roads in Phuket Town will be designated as the ‘Phuket Provincial Baba Museum’.

Phuket Peranakan Association President Dr Kosol Teng-uthai said the group is raising funds from a variety of sources, both public and private.

The association hopes to start construction in six months. Work should take about six months, and if all goes to plan the museum could open in early 2011, he said.

The bank building, which used to house a police unit, is now empty.

Formerly under the Treasury Department, the structure was consigned over to Phuket City Municipality, which has already authorized its use as a museum.

For a full report on the project, pick up the latest issue of the Phuket Gazette on newsstands now.

Phuket to get more tsunami buoys