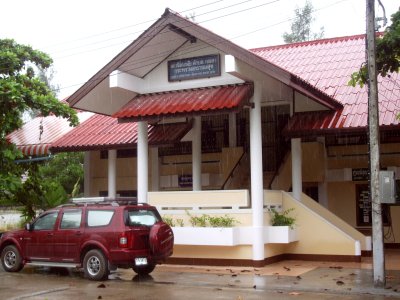 PHUKET: The Kamala Public Health Center will be home to the country’s first “Health Promotion Hospital”, incorporating traditional Chinese medicines into its array of medical services.

The center, part of a post-tsunami project which begun in 2005, is co-funded by the Chinese government.

Deputy Public Health Minister Pansiri Kulanartsiri said during an inspection of the site last week that the Chinese offered to help build a traditional medical center on the site, which was directly affected by the 2004 tsunami.

Under the agreement, the Chinese government will provide 30 million baht for development of the center and be responsible for the design of a new single-storey building that will stand beside the existing health center.

To be completed next year, the center will initially offer health checkups and traditional Thai massages to both Thais and foreigners, she said.

It will be staffed by Kamala Health Center and Patong Hospital personnel as well as Chinese medicine practitioners who will come as part of an exchange program.

The Chinese experts will offer conventional and alternative medicines including Chinese and Thai traditional remedies.