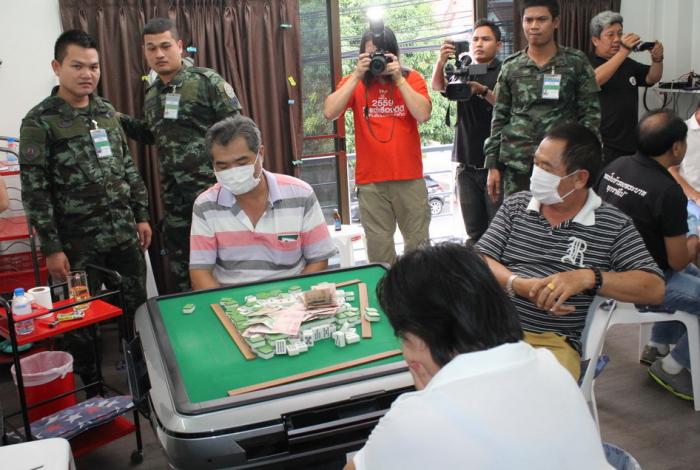 PHUKET: A dozen people were arrested in a raid on a gambling den located at a house in Wichit yesterday afternoon

Most of the gamblers were tour guides, it was reported.

The raid by a joint task force comprising 41st Military Circle and Wichit Police officers was carried out after a month of surveillance following complaints by neighbors of illegal activities at the three-storey house in Chao Fah sub district.

Police identified the house owner and alleged operator of the gambling den as 45-year-old Sompat Chiwinsirithada.

“The door needed a key card to open it. We didn’t want to alert anyone of our presence so we waited patiently until we could follow one of the players as he entered the house. Officers immediately moved up to the second and third floors where the gambling was taking place,” said Wichit Police chief Thanasak Sawangsri.

Police arrested Mr Sompat and 11 gamblers in the raid.

Maj Thanasak revealed that gamblers at the den were required to place a minimum bet of 5,000 baht.