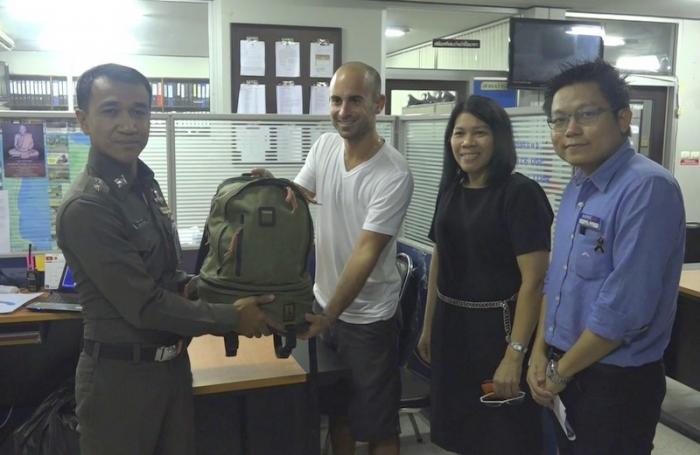 KOH SAMUI: A Thai couple was arrested on Sunday for the theft of an American tourist’s bag from a hotel room in Koh Samui the previous day.

“On Saturday night, Mr Rusciano left his room to meet his friend, who was also staying at the resort in a nearby room. He left the door to his room unlocked,” said Bo Phut Police Captain Sirichat Kamunee.

“When he returned, he noticed that his bag – containing gadgets and equipment worth 150,000 baht – had disappeared, so he raised the alarm,” he added.

Police tracked down and arrested two suspects: Uthen Kaseam 25, and Saifon Suudther, 20. They were still in possession of the bag containing Mr Rusciano’s belongings – including a camera, lens and iPad – except his passport, which they had discarded.

Mr Rusciano collected his belongings at Phut Police Station yesterday and thanked officials for their swift resolution of the matter.

He will be issued a new emergency passport from the American Embassy in Bangkok.