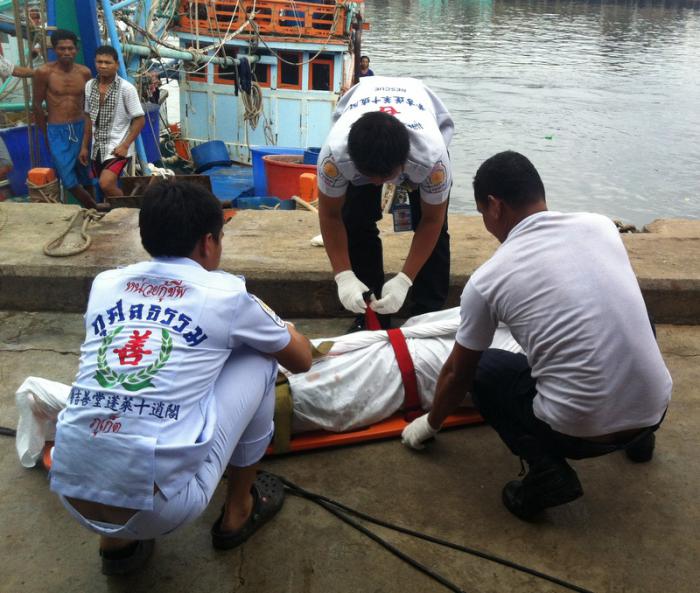 PHUKET: Fishermen discovered the body of a man who had been executed floating near the main fishing port in Rassada in Phuket earlier this morning.

“We believe the body is that of a Myanmar national who worked on a fishing boat. He most likely got in a fight with other crew members, was killed and then thrown overboard,” said Lt Ronnaphum Permpoon of the Phuket City Police.

The man, who appeared to be in his 30s, was found floating face down with his hands tied behind his back with a shirt.

“There was a deep cut across his neck that left him almost decapitated. There were also wounds from a sharp object on his chin,” Lt Ronnaphum said.

Police questioned residents, but none of them were able to make a positive identification.

“We will keep the case open and attempt to identify the body,” Lt Ronnaphum added.

Earlier this year, the body of another violently assaulted man was found floating in the same area (story here).