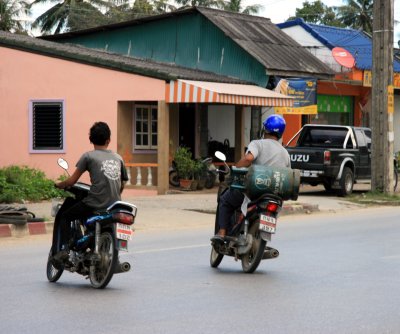 PHUKET: Phuket drivers be warned: all new driver’s license applicants are now required to have a doctor’s certificate in order to ensure that health conditions will not adversely affect driving performance, the state-run National News Bureau of Thailand has reported.

The Transport Ministry indicated that this new regulation was proposed because people can now apply for their driver’s license extension without having to show a doctor’s certificate.

Hence, it is unable to certify that these drivers are not suffering for illnesses listed under Article 46 of the Automobile Act of 1979.

When the new regulation is effective, it will cover all kinds of vehicle licenses.
The new requirement will also apply to those who want to renew their license to drive any kind of vehicle.

Psychological and emotional tests are also included in the examination to guarantee that no mental disabilities are found, it was reported.

Doctor’s certificates, or bai raprawng phaet in Thai, are a staple requirement in a wide variety of government application procedures.

Obtaining one at a private hospital in Phuket can cost a few hundred baht, but some roadside clinics will issue them after a one-minute “examination” for as little as 50 baht.

It was not reported if the new rule will go into force immediately.

New ministerial regulations normally become law only after their publication in the Royal Gazette.