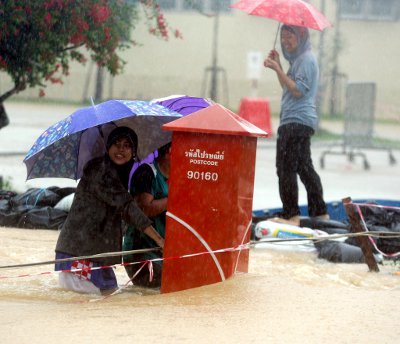 PHUKET: The Phuket Provincial Office and the Phuket Red Cross are asking for the public to donate items for flood victims nationwide.

Donations of cash, clothes and dried or sealed foods will be accepted at the Jamjuri Ballroom at the Phuket Merlin Hotel in Phuket Town on Saturday between 1pm and 5pm.

Money transfers can be made to:

Donations are accepted daily from 11am to 10pm.

The donations received at Jungceylon will be transported south and distributed to flood victims in Songkhla, Narathiwat and Pattani provinces.

The transport will be provided Saturday by the Fourth Army Region, which is headquartered in Nakhon Sri Thammarat.