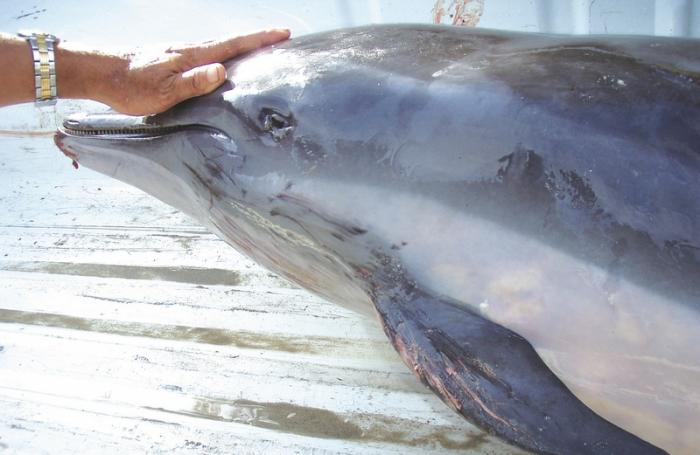 PHUKET: My concerns over plastic pollution were stimulated anew by an excellent analysis in the China Daily called ‘Drowning in Plastic’, and also by the cover story in a recent edition of the Phuket Gazette in which a seasoned local fisherman expressed surprise at the decline in fish catches in our seas.

The main contributor to that story – the president of the Phuket Fishing Association – believed the weather to be the principal factor in fish depopulation, as well as “restrictions on fishermen”. Both analyses are very questionable. The source also blamed “pollution and waste… from hotels” that was more to the point. But the ‘P-word’ was never mentioned in his analysis.

Anyone interested in ecological issues knows that the principal culprits for the catastrophic decline in marine life in Thailand are the triple evils of over-fishing, including poaching; inadequate regulation of the industry at all levels, including human rights issues and abuses; and pollution.

For decades, weighted trawl nets have scoured the shallow bottom of the Andaman Sea, removing not only entire colonies of fish, but all its benthic life, including deep-water coral, sea grass and bottom feeding molluscs and crustaceans. There has been no effective control over net mesh sizes, hence the sad mountains of tiny fish in markets – evidence that the next piscine generation has already gone the way of all flesh.

As for marine pollution, it is daily becoming an issue in Phuket, with inadequate waste disposal systems chucking thousands of tons of raw sewage into the sea.

On neighboring Phi Phi Island, there is no sewage plant at all. Apparently one would cost 300 million baht, and the island, despite its huge revenue from tourism, cannot stump up the money.

A shocking 83 per cent of liquid waste is discharged straight into the sea. “Our only hope is that hotels, restaurants and other businesses act responsibly,” declared Punkum Kittithonkun, president of the Ao Nang OrBorTor on April 10.

Most of the coral in the Andaman Sea has already gone. Add land run-off, where 95 per cent of Phuket’s agricultural pesticides and herbicides end up, and it’s easy to be frightened about what we’re doing to that vast sink we call the ocean.

Mangrove swamps, which used to fringe most of Phuket and its surrounding islands, act not only as nurseries for most species of marine fish, but as giant filters for effluence. They are literally losing ground to developers.

Among many others, current cases concern several marinas here in Phuket and in Krabi, where one of them is alleged to have widened a klong (canal) through the mangroves from three to 50 meters. Imagine how many trees have perished.

Effluents themselves have a profound effect on oxygen levels, and all aspects of ocean life. Increasingly in Phuket, we are getting jellyfish warnings – Surin Beach just last week was warned of several sightings of Portuguese Man O’War. Apart from delivering nasty stings, jellyfish are potent enemies of our environment, devouring plankton, fish eggs and small fish. The blow to plankton alone should be alarming, as the tiny collective organisms do more than anything else to sequester carbon and produce oxygen – a life-support system for everyone on the planet.

This brings us to the ‘P-word’. Plastic pollutants are one of the biggest problems, not just in Thailand, but worldwide.

By 2050, says a reputable UK organization, the oceans will be “expected to contain more plastics than fish (by weight).”

A report by the American environmental group ‘Stemming the Tide’ identified five countries – all Asian and including Thailand – that contribute between “55 and 60 per cent” of all plastic found in our oceans. Ninety per cent of all plastic that is produced annually is thrown away.

Ironically, the fishing industry in Phuket is one of the worst local offenders. All the garbage from these boats is simply jettisoned overboard.

A recent study concluded that 8 million tons of plastic waste flow into our oceans every year, enough to cover one foot of every coastline in the world.

A University of California study recently showed that fish in the North Pacific ingest plastic at a rate of 12,000 to 24,000 tons per year. Oceanographer Erik Van Sebille, from London’s Imperial College, concurs: “There is so much plastic in marine animals at the moment. In almost every fish and bird that is cut open for science, we find plastic.”

So what, as concerned individuals, can we do to ameliorate this global problem?

The first and most important statement we can make is to reduce our dependence on the stuff. Plastic is one of the main by-products of an affluent society, and developing Thailand is particularly culpable.

Take your own re-usable bag when you shop, avoid plastic cling-film and polystyrene containers for your fried rice and coffee. Use your own mug at Starbucks. And support any initiatives to reduce plastic packaging. Tesco Lotus in Thailand tried and failed, largely for want of public support.

Stop buying water in plastic bottles. Every year, 20 billion are tossed in the trash. If you are worried about the quality of tap water – as you may be in Thailand – consider buying a filtration unit. It will quickly pay for itself.

It is a point almost too obvious to make, but we need to remind ourselves to recycle where and when we can. And it can be done. True, different kinds of plastic complicate matters.

Nonetheless, most kinds are recyclable. And if you don’t trust the refuse truck, then save your cast-offs for the local trash collectors, who will gladly take them on their bulging samlors to a proper disposal facility.

At sea level, there are promising initiatives to skim the plastic from the ocean’s gyres where so much of it ends up. At the end of the day however, prevention is better than cure. We must produce less plastic.

And if we must have plastic, then, for the planet’s sake, don’t manufacture so much of the single-use, disposable stuff. This material is the single largest contributor to marine plastic pollution.

The irony is that such a practical and ubiquitous material invariably outlives its usefulness; in the blink of an eye, plastic has become a massive scourge rather than a benefit.