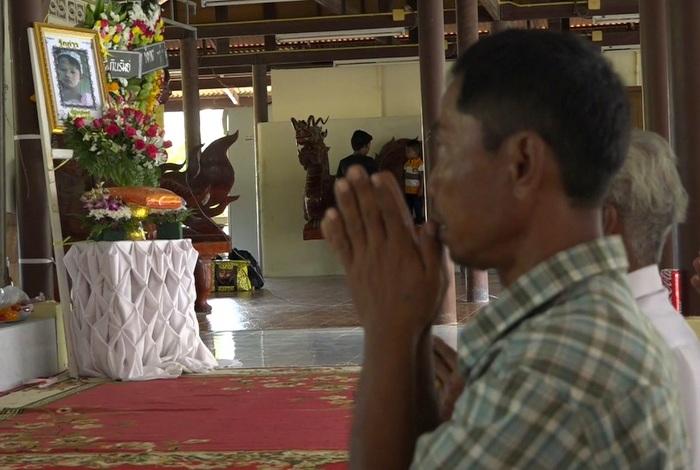 KOH SAMUI: The father of a four-year-old girl killed by a pickup truck in a temple has stated he will refrain from cremating her body until his family receives compensation.

In Thailand, it is customary to cremate the body of the deceased after their funeral rites are administered.

The Burmese parents, Zo Ao, 49, and Cho Ma Rui, 43, held the funeral in the temple where their daughter was run over on July 19 by Bopit Kinrum, 38, from Buriram province.

The funeral, held at Laem Suwannaram temple in Koh Samui, was open to the public, including those coming to the wat to make merit during Buddhist Lent.

“We demand 300,000 baht in compensation for the loss of our daughter. The driver, the police and we have come to an agreement on this issue,” said Mr Zo. “We will meet again on Monday for this purpose.”

Mr Zo said that Ms Bopit brought a wreath to the funeral and gave 3,250 baht to help with the expenses.

“We barely had enough money for the funeral,” Mr Zo said. “I paid more than 10,000 baht for the funeral. That money I borrowed from my friends. If we do not receive the compensation, we will not burn her body. We want to be treated justly, not differently just because we are migrants.”

Some of Koh Samui’s locals donated water bottles for the funeral guests.

“I gave a hundred water bottles to the family,” said Mitteera Kumprom. “Some people blame the parents for not supervising the girl when she was killed. All I know is that the pickup truck killed that girl, and that is a very great loss for her family.”

“I support them as a part of basic humanity,” Ms Mitteera said. “It doesn’t matter if they are migrants or not, and I hope they finally get their compensation,” she added.