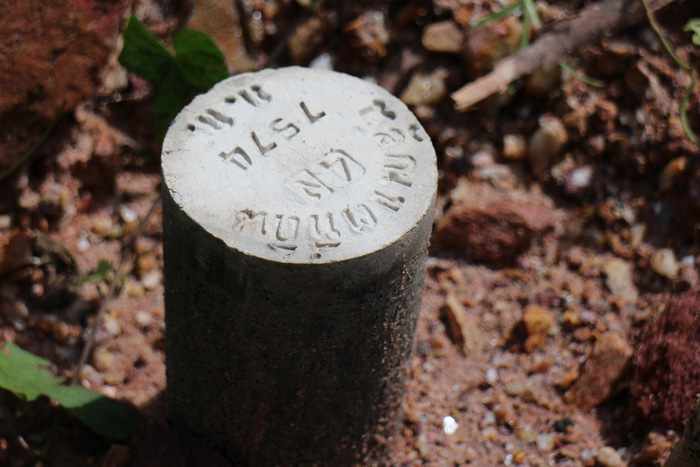 PHUKET: The Phuket developer who earlier this week staked a claim to a huge tract of land belonging to Kathu Wittaya School yesterday admitted that he had “made a mistake”.

Named publicly only as “Ko Kim”, the landowner said he would have the Land Office move the boundary markers for his land – which is next to the school – to their correct positions as soon as possible.

The school land staked out by boundary markers issued by the Phuket Land Office has uninterrupted views of the hills toward Patong and an estimated value of 600 million baht.

“The person who claimed to own the land [Mr Kim] had the boundary-marker pins and wooden stakes installed so that surveyors from the Land Office could confirm their position,” Mr Sayan told the Phuket Gazette.

“The officers had yet to survey the property when the students began their protest.”

The protest, during which more than 100 students rallied in front of the school yesterday, came one day after the youngsters had posted vinyl banners along the fence erected to mark off the land being claimed.

“After seeing the protest yesterday, we called Mr Kim to talk at our office and to compare land documents,” Mr Sayan said.

“Ko Kim agreed that he had misunderstood the documents.”

Mr Kim told the Gazette that he was a former student at the school.

“I now understand that the land belongs to the school. I will ensure that all the markers and the fences are moved to their correct locations as soon as I can, hopefully today or tomorrow,” he said.

“I am so sorry for my misunderstanding.”