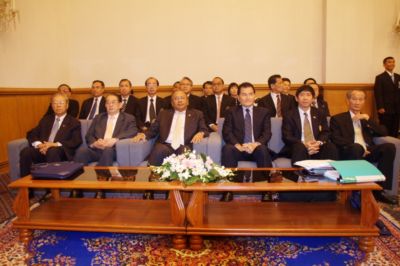 PHUKET CITY: Phuket people seeking justice over incompetent, uncooperative or corrupt bureaucrats will be able to fight for their rights in Phuket when the Phuket Administrative Court opens in 2011.

An event last week at the Metropole Hotel in Phuket City aimed to inform the public about the role of Administrative Courts and prepare the ground for the Phuket courthouse.

“Serving as a government officer is not as easy as it was in the past,” he said. “People expect good and attentive services. If they think they’ve been treated unfairly, the Administrative Courts will hear their case.”

The closest to Phuket is Nakhon Sri Thammarat – 300 kilometers away.

Nakhon Sri Thammarat Administrative Court Vice President Prathip Woraniti said his bench had judged around 10 cases from Phuket in the past two months.

“Most are related to land possession documents, land expropriation on construction. Foreigners also complain about how their applications for Thai citizenship are handled,” he said.

Phuket’s planned Regional Administrative Court (RAC) is one of six new RACs in the pipeline.

It will be built on 19 rai in Mai Khao and serve Krabi, Phang Nga and Ranong, as well as Phuket, and will make it easier for island residents – both Thais and foreigners – to seek justice.

Huge contingent of US sailors arrives in Phuket