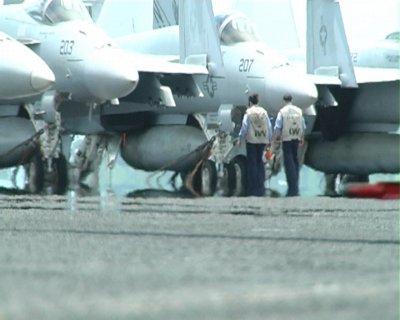 PHUKET: Almost 7,000 US Navy sailors arrived in Phuket this afternoon on board the enormous aircraft carrier USS Ronald Reagan, as well as the USS Chancellorsville and the USS Gridley.

The crew will enjoy five days of R&R on Phuket – though they have been forbidden from using the island’s increasingly infamous jet-skis.

Look out for a report from on board the USS Ronald Reagan in this week’s Phuket Gazette, available on the newsstands this Saturday.

Phuket corruption cases to be fought on home turf