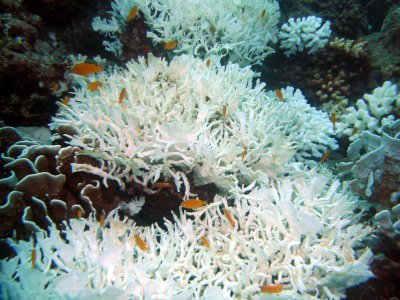 PHUKET: Considerable improvement in the condition of bleached coral reefs around Phuket and along the Andaman Coast has been noted by government researchers, it was announced at a meeting early this week.

Boonchob Sudthamanaswong, Director-General of the Department of Marine and Coastal Resources Andaman Coast Group (DMCR-Andaman), chaired a seminar at the Phuket Merlin Hotel on Monday to discuss government plans to restore damaged marine resources as well as review progress in the the development of environmental monitoring systems in Phuket and the other five Andaman Coast provinces of Ranong, Phang Nga, Krabi, Trang and Satun.

After the seminar, Mr Boonchob told the media there have been great improvements in the conditions of coral reefs in the region since the devastating coral bleaching episode in 2010.

“Because of global warming there was coral reef bleaching in the Andaman Sea and the Gulf of Thailand. Our department has worked to try and restore the reefs back to their original condition,” said Mr Boonchob.

“I am happy to announce that more than half of the coral damaged has already returned to its original condition,” he concluded.