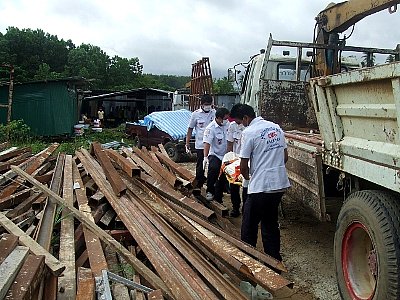 Thalang Police Duty Officer Praman Yapphayak said he was notified of the death at about 7:30am.

Arriving at the scene, at a workers’ camp in Srisoonthorn, Thalang, police found Wanna Mon, 48, dead in his room.

He was lying facing up with blood coming out of both eyes.

“Yesterday, he kept repeating that he had a headache right up until he went to bed. He was found dead this morning,” Lt Praman said.

He added that as no signs of a struggle were found in the room, the most likely cause of death was a cerebral hemorrhage, or burst blood vessel in the brain.

Kusoldham Rescue workers transferred Mr Wanna’s body to Thalang Hospital for further examination and to be claimed by relatives.