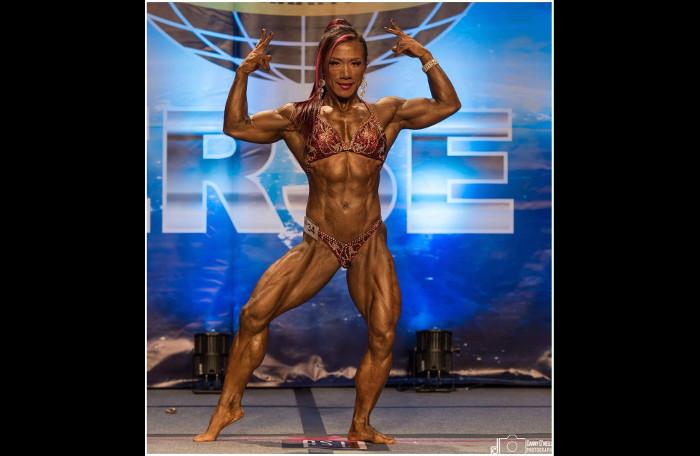 PHUKET: Phuket’s top female bodybuilder Wilaiporn Wannaklang arrived back home on Thursday, after spending over a month on the road, and in the air, flexing for judges in the US and winning a silver medal in an international bodybuilding contest

Ms Wilaiporn was one of three Thais – two of them Phuket-based bodybuilders – who clinched international titles in the United States during the World Fitness Federation’s (WFF’s) competition in Orlando, Florida.

“We are so proud after our success,” Ms Wilaiporn told the Gazette. “It’s a wonderful opportunity to help build a reputation for our beloved country, and also to celebrate HM King Bhumibol’s 70 years on the throne.”

Contestants from 20 countries took part in the WFF Universe 2016 contest on June 11, competing in bodybuilding, figure, fitness and bikini categories.

Thailand’s muscle men and women took home four medals between them, including a gold for the group as overall champions. Pala Meechai took home a gold medal for the Master Men’s division. Phuket bodybuilder Atip Anantawan won gold in the Men’s Sportsmodel’s division and Wilaiporn brought home a silver medal for Women’s Performance.