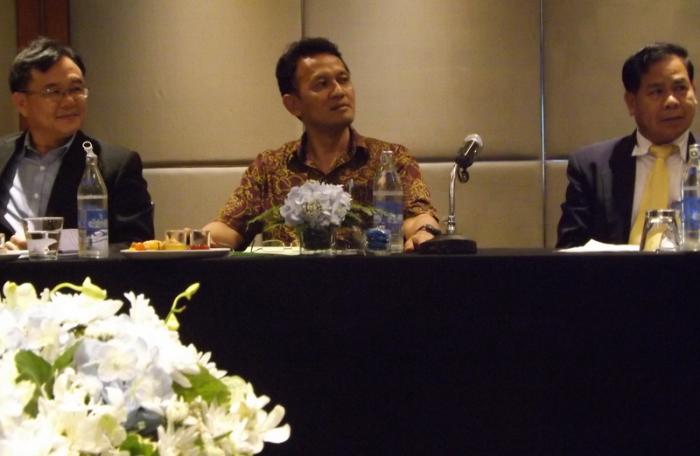 PHUKET: Officials are mulling over regulations that would restrict migrant workers in the province to specific zones.

“Each local authority should designate specific areas for foreign workers to live in,” Governor Chamroen said. “Those areas should be separated from the main residential areas where locals live. Moreover, these areas must have separate master plans for buildings, security systems, water and electricity.”

Gov Chamroen’s statements would most likely apply principally to migrant workers from neighboring countries, who tend to live close to construction sites around the island. In April, Vice Governor Prajiad Aksornthammakul advocated for a crackdown on immigrant settlements, citing concerns of increased drug use, disease and potential conflict with local communities that allegedly occurs more frequently near migrant worker camps (story here).

“These measures will make it easier for us to manage the thousands of foreigner laborers who currently live and work in Phuket. Each municipality would have its own system of management, or two municipalities in close proximity to each other can cooperate in this regard.”

Gov Chamroen cited Singapore as an example of a country that has successfully ‘zoned’ foreigners in this way.

“Singapore has separated residential areas for different nationalities into ‘color zones’, such as blue for Bangladesh, yellow for Malaysia, green for Indonesia, and so on. Inside that area there is a supermarket, service buses and other facilities for their needs.”

Gov Chamroen said the proposal stems from a need to provide greater oversight to migrant worker communities, which already face more strict monitoring and stipulations on movement and activities than other foreign populations.