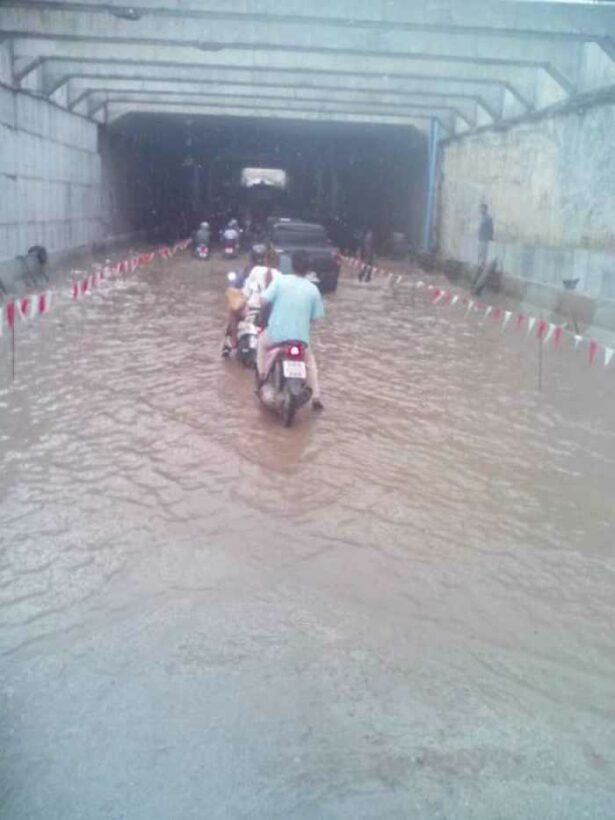 PHUKET: Traffic ground to a crawl at the Darasamuth underpass on Monday after a three-hour power outage rendered pumps useless and allowed heavy rain to flood the underground road.

“We lost our drainage system as soon as the power went down at about 2pm,” he said. “Our three pumps stopped working, which allowed flood water in the underpass to rise to about 30 centimeters.”

Traffic Police were called in to direct smaller vehicles away from the underpass.

“Trucks, vans and pick-ups were allowed to continue through the underpass, but motorbikes and sedans were directed to use alternative roads around the site,” Mr Samak said.

“Safety always comes first. It is our top priority in situations like this.”

The underpass re-opened to all traffic at about 5pm, after power was restored and the flood water pumped out of the tunnel.

“We have installed backup generators for the pumps to make sure this does not happen again,” Mr Samak noted.