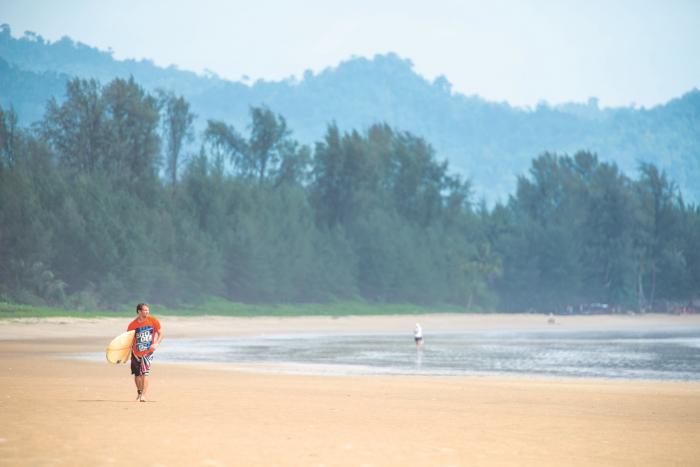 PHUKET: Eight of the island’s local business organizations have appealed to the central government to reconsider moving the Phuket governor a month from now.

The statement, issued in Thai language, was released on August 22 after the announcement to transfer Phuket Governor Chamroen Tipayapongtada to Nakhon Sri Thammarat on October 1 (story here).

The statement referred to the growth in tourism figures for Phuket, saying that tourism income for the country was continually growing and amounted to billions of baht a year. The number of tourists visiting the island has also been increasing constantly, from 6 million in 2007 to 12.5 million in 2015.

Additionally, Phuket has been chosen by the central government to be a model province for several projects, such as the MICE city, marina hub, medical hub, maritime and yacht hub, and as a smart city. Phuket was also named as a city of gastronomy by UNESCO, the local organizations pointed out.

“Three Phuket governors have been reshuffled in the past four years. This affects the development of Phuket as management cannot continue properly when a new governor is selected. It takes time to understand Phuket and get to know all the officials who work for the island. If Phuket governors are moved out after only a short period of time like the current one, Phuket will likely lose its chance for continuous development, which will also affect investor confidence,” the statement claimed.

The organizations called on the central government to realize that the period of time to reshuffle the governor is very important.

“Phuket is unique and requires someone who suits the island well. It is a dynamic place and whoever is chosen as the governor must understand the needs of locals, investors and foreigners, and have a ‘great vision’ to drive Phuket forward properly. The Phuket governor must be one who really loves Phuket and will work to continually expand growth in every area, so that islanders can have a sustainable means of living. Only then can Phuket aim to be an Asian and regional economic hub,” the statement said.