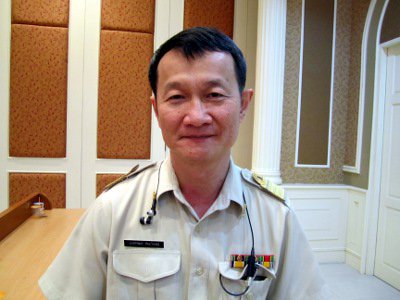 PHUKET: A recent study has placed Phuket as the top province in Thailand when it comes to motorbike riders and passengers wearing helmets.

Bangkok ranked second and Loei province third in the study, he added.

“In the past few months we have made more than 30,000 random stops [in Phuket] and found that the number of people wearing helmets is continually increasing,” he said.

The number of riders wearing helmets has risen from 30 per cent before the campaign to 90 per cent today, said Dr Wiwat.

The study also found that nearly 70 per cent of passengers wore helmets, he said, but added that the study found people were less inclined to wear helmets at night.

In Phuket, Phuket City had the most people wearing helmets, followed by Kata and then Patong.

“Thalang has the fewest people [wearing helmets] because Thalang is out of town. Sometimes in these areas, people leaving work from rubber plantations or farms do not wear helmets [on the short trip home],” Dr Wiwat said.

The study also concluded that people wearing helmets survived road accidents five per cent more often than those who didn’t.

Currently, only about 60 per cent of teenagers wear helmets, he said.

“The accident happened at about 12:30am. He was heading from Patong to his accommodation in Kamala,” said Kamala Police duty officer Lt Col Anek Mongkol.

“When police arrived, Mr Richard was dead. He was not wearing a helmet.

“Police believe he was travelling at speed, which caused him to lose control of the motorbike and crash into a power pole,” he added.

“His younger brother is flying to Phuket and will be arriving tonight,” he said